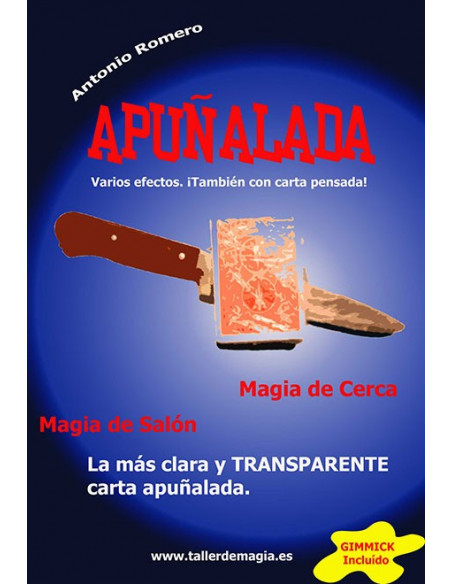 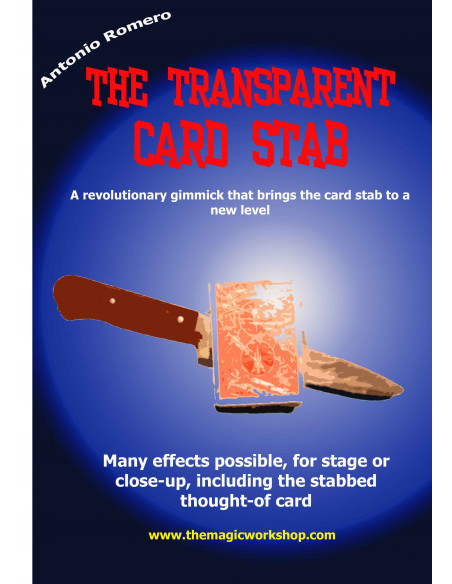 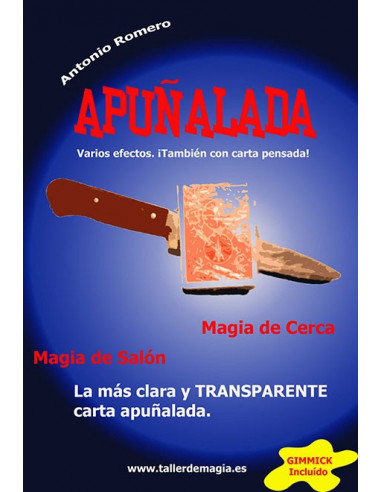 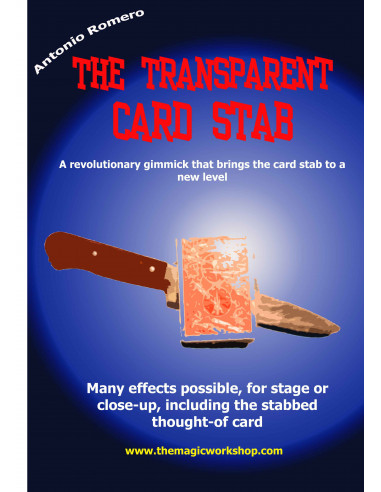 Many effects possible, for stage or close–up, including the stabbed thought-of card.

1. Stabbed coincidence: A deck shuffled by the spectator is wrapped in plastic wrap. A card is selected from another deck. A spectator pushes a knife into the wrapped deck and the card at the stab point matches the selected card.

2. Stabbing any card: A spectator names a card. Another spectator stabs a deck that is wrapped in plastic, and does so exactly at the point where the card named lies.

3. Stabbed transposition: A wrapped deck is handed to a spectator. From another deck, a card is selected, signed, and shuffled back into the deck. The spectator stabs the wrapped deck with a knife. The deck is divided at the stab point and the signed card is found right there.

The routines described may be performed close-up while sitting at a table or also standing, even on stage, allowing for a wide variety of presentations. The tricks are angle-proof and their impact is strong and direct.

Save products on your wishlist to buy them later or share with your friends.

We use our own and third-party cookies to obtain statistical data on our users' browsing and improve our services. If you accept or continue browsing, we consider that you accept its use. You can change the settings or get more information here (link to cookies page).